On the 2nd of February 2017 the Met office were forecasting a big storm to hit the south west. Doris was due to be the name for the next storm, which the media ( and me ) started to use. In reality the name was never assigned. Anyhow I headed off to Porthleven for sunrise, but was greeted my quite a few other photographers. I took some quick pictures and did an upload from the van, then a couple more. After that I headed off to Penzance where the waves on the sea front were huge. The road was closed off so I parked near the shops, and walked round. I had to take pictures with a long lens from near the Alverton gallery. I went back and checked the various on-line papers to see if any of the pictures had been published – but no joy, someone elses pictures from Porthleven were taken instead. However the day after I was pleased to see that one of the Penzance pictures had made it into print in the Telegraph 🙂

Here are some of the pics from Penzance. You can buy hi-res copies from Alamy – LINK TO BE ADDED. Recent Alamy pictures click here 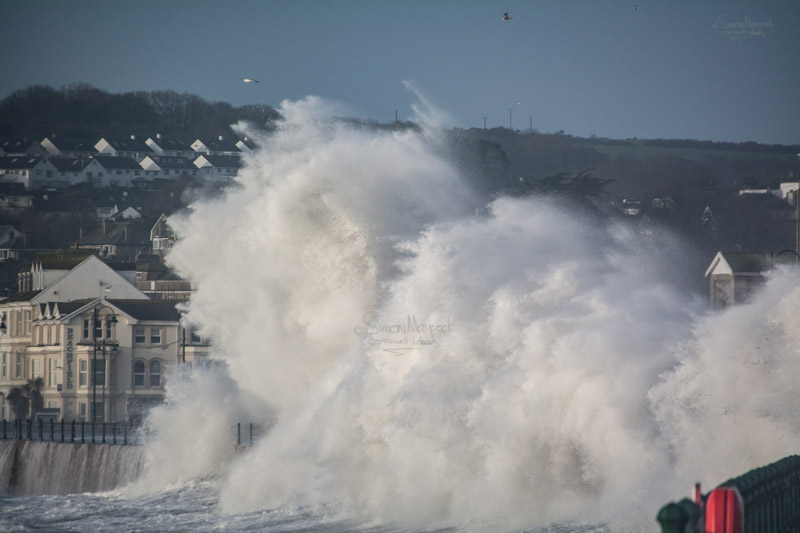